These Rías display their charms in blue and green, the colours of a sea that flows into the land. Islands, beaches, trails, pazos, wineries, churches, spas ... landscapes with history, small fishing villages and cities to enjoy

The Rías Baixas are synonymous with the best Galician gastronomy. Mouthwatering fish and seafood and, naturally, best enjoyed when accompanied with Albariño wine, typical of this region and, for many, one of the best white wines in the world. In addition, you can buy the typical Galician breads: corn, rye, bolla, Cea,with grapes and raisins ... ;Padrón peppers, Tetilla cheese and Galician pies, among other products.

THE WEATHER FORECAST IN SANXENXO 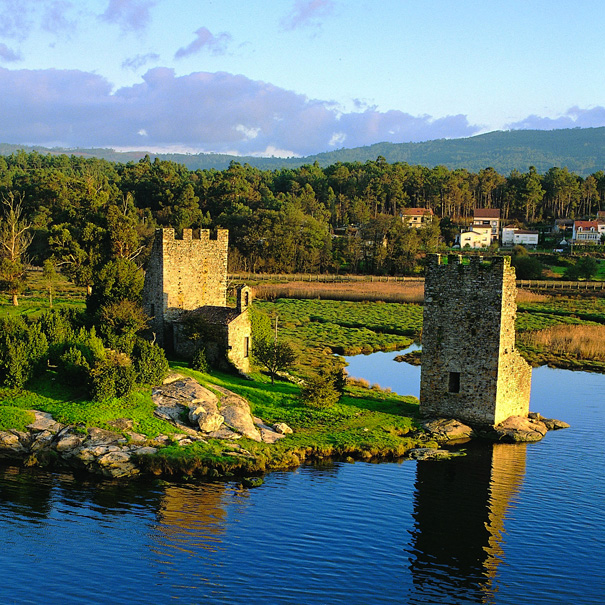 The Ría de Arousa is the most extensive of the Galician estuaries. For centuries, its breadth and richness have caused invasions, so, in order to contain them, in the eleventh century, Las Torres del Oeste were built in Catoira , today scenario for an amusing "Viking Disembarkation".

Besides, the estuary boasts a great number of beaches, the islands of Sálvora, Cortegada, Arousa or A Toxa, with its spas, pine woods and elegant hotels; the lively atmosphere of Rianxo, Boiro or Ribeira; the manor of Cambados, capital of the Albariño wine, with the impressive Pazo de Fefiñáns. And, if that is not enough, the spectacular viewpoint of A Curota in A Pobra do Caramiñal. 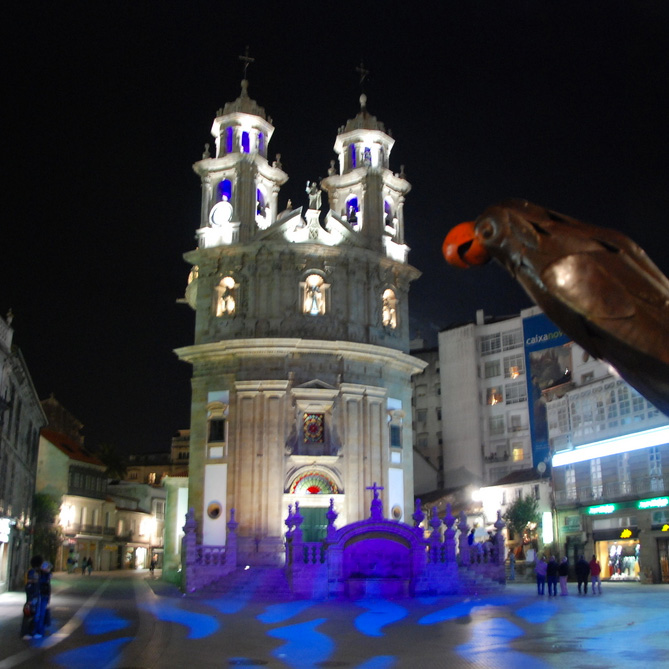 Pontevedra is the main city of the Rías Baixas. A stately city brimming with life and terraces, with the most important historic city centre in Galicia, after Santiago. It includes such attractive sites as St.Mary’s Basilica, St. Bartholomew’s Church or the Museum of Pontevedra, one of the best provincials museums of Spain. On the north bank of the estuary, you can enjoy the festive atmosphere in Sanxenxo and Portonovo.

It is one of the most tourist Rías in Galicia. It has it all: the climate, the beaches, the sea, the landscape, the artistic heritage and also, the environment.

Among the monuments, the Church of La Peregrina in Pontevedra capital city and the medieval Monastery of Poio stand out, not to mention the granaries in Combarro, which seem to come out of the sea.
On the south shore, a relaxed atmosphere in the fishing villages of Marín, Bueu, Aldán or O Hío, with its spectacular baroque stone cross. 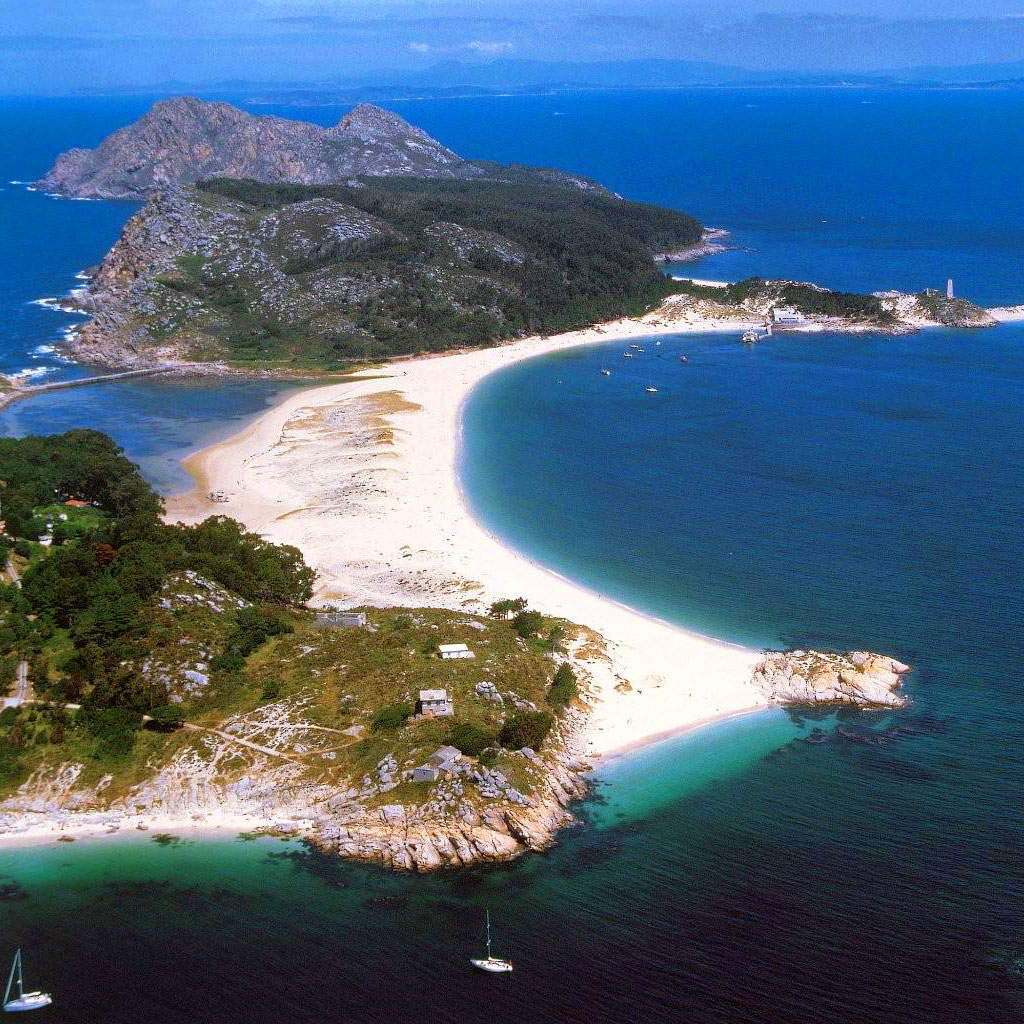 The best beach in the world is located here, the Rodas Beach in the Cíes Islands. And it is not us who say so but the Guardian newspaper. Crystalline calm waters, fine golden sand, an intriguing half-moon shape and, protecting the beach, a pine wood that invites you to nap.

A refuge for pirates in the past, Cíes are now uninhabited and open to the public only in the summer months. They are thus preserved as a natural paradise, with neither hurry nor traffic. Only the whisper of the waves and the wind. But if you miss the noise, go up to the lighthouse. The views are impressive and you can enjoy a unique spectacle: the squawking of thousands of seagulls (perhaps the largest colony in Europe) on the cliffs ... flying at your feet.

In addition to Cíes, the Atlantic Islands National Park includes the Archipelago of Ons, and the isles of Sálvora and Cortegada. In Ons, do not miss the mysterious "furnas", granite marine caves like the legendary "Burato do Inferno". Legend has it that the caves reach as far as hell and on stormy nights the voices of the dead could be heard. And then, to recover strength, nothing like savouring the famous "pulpo á Illa" (octopus regional dish).